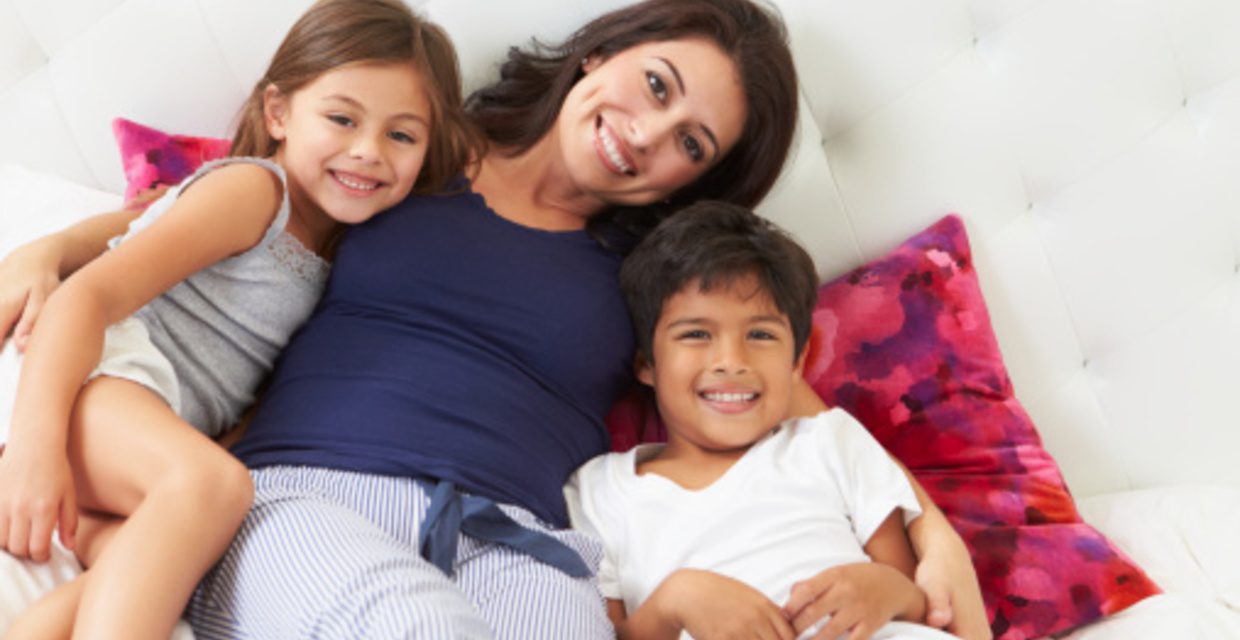 Leaving an abusive partner brings with it a range of emotions, from relief to anxiety. For the victimized parent, there can also be a hefty dose of guilt. They may take on some of the blame for the abuse, even though it’s not their fault. Or, they may start to doubt if separating children from the abusive parent was the best plan in the long run.

These feelings are normal, says Dani Singer, licensed marriage and family therapist and founder of Project Therapy Threads. She specializes in treating trauma and post-traumatic stress disorder (PTSD) and says the guilt can be overwhelming in victimized parents after leaving an abusive partner. Sometimes, this guilt translates to an urge to spoil children to try and “make up” for the trauma they’ve endured. Depending on your definition of spoiling, says Singer, this may not be a bad thing.

Spoiling them with gifts, or a loosening of rules, is not the best long-term plan, she says. “After moving out of the home, rules and routines definitely change. They’re going to need that routine and those boundaries to stay in place.

“But if you define spoiling as nurturing, then I agree with this,” Singer says. “They’ve been through something traumatic and they’re going to need that comfort because they’re not going to feel safe for a long time.”

Singer says that, for many children who witness domestic violence, it can create PTSD symptoms similar to what you might see in a war veteran—nightmares, flashbacks, loss of interest in activities, outbursts of anger, difficulty concentrating, sleep problems and the general sense of not feeling safe. As a result, she says parents never need to worry about giving children too much affection, but rather, not enough.

“So much research shows that not enough affection actually creates more problems, especially as a baby.” This affection can be shown through hugging, kissing, cuddling, spending time together and just being available for a child to come and talk to a parent.

The other thing an adult can do is to teach a child soothing routines as a way to comfort themselves when the parent is not around. Teach them to place a hand on their stomach when they feel nervous, and hold it there as they take deep breaths. Or, have them place one hand on the back of their neck and one on their forehead to help stop anxious thoughts.

Children also need to learn how to get their negative emotions out in a healthy way. “They may not have the language to talk about their confusing emotions, so it can feel overwhelming.” Singer says exercise is a great way to burn off this energy, but so is punching a pillow or screaming into a blanket when feeling frustrated and upset.

“So many children never learn how to deal with stress, so they turn to unhealthy things like disordered eating or self-harm, or maybe even drugs and alcohol, because they didn’t learn better ways to cope,” says Singer.

But the number one thing Singer says parents should do is to care for themselves, too. “The best thing they can do is to take care of their own mental health so they can be in a place where they’re emotionally there for the children. Seek out services from a mental health professional who specializes in trauma and who does family work. There are some really great treatment options out there.” Singer says it’s vital that a child sees their parent taking good care of themselves. “This is the long-term solution,” she says.

For more tips on healthy self-care, check out our series of Taking Care of You articles.