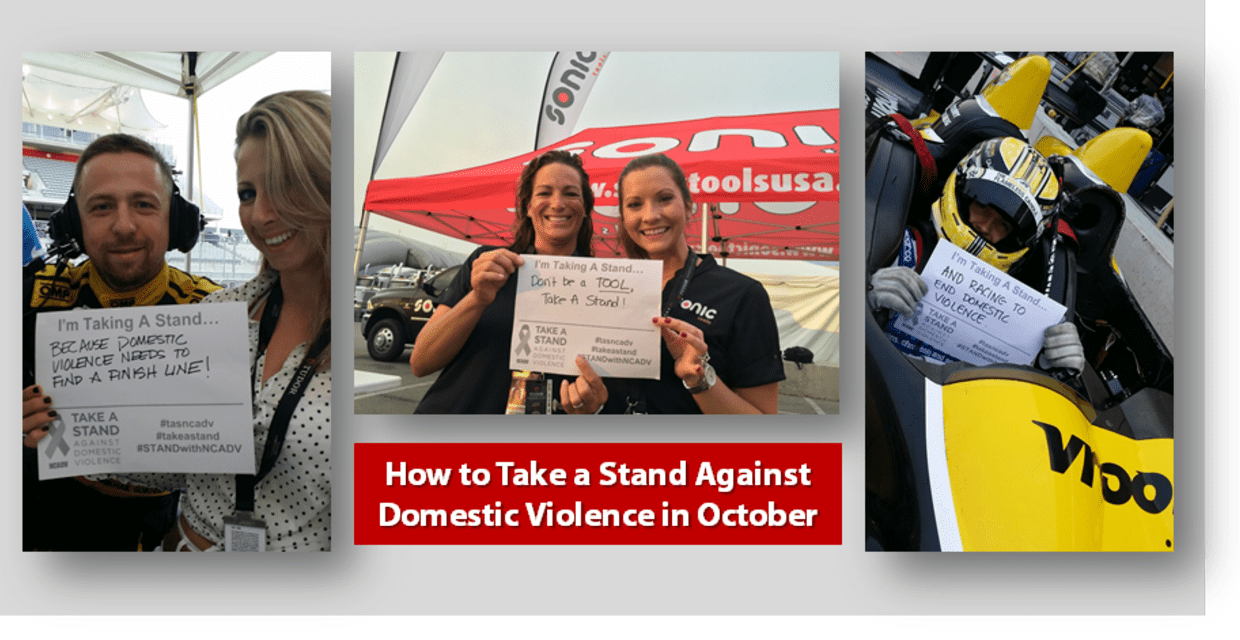 Just in case you needed a reminder: 20 individuals every minute are being physically abused by an intimate partner in the U.S. Every day, 20,000 phone calls are made to domestic violence hotlines across the country. Domestic violence has been called a public health epidemic, with the Centers for Disease Control estimating nearly a third of all women in the country will experience some form of domestic violence in their lifetime.

On October 1, the National Coalition Against Domestic Violence (NCADV) is asking everyone, everywhere, to Take a Stand. Whether you show up in Washington, D.C. or change your profile picture on Facebook, your acknowledgement and support of domestic violence prevention can help bring attention to a very important issue.

“By taking a stand we intend to remind the nation that we still have people, victims and survivors, their children and families and a society impacted by domestic violence and we—all of us—will not stop until we have zero tolerance for domestic violence,” says NCADV Executive Director Ruth Glenn.

If you happen to be in Washington, D.C. on this day, you can join activists, legislators, dignitaries, as well as survivors, at 11 a.m. on the northeast corner of the Capital Building at First Street and Constitution Avenue. RSVP here.

If you’re anywhere else in the country, you can still take part by raising your voice for victims wherever you are. Some ideas from the NCADV:

Glenn explains why days of recognition like Take a Stand on Nov. 1 are so important to the overall cause. “In this nation, we have not moved as we should to ensure no family or individual does not have to experience domestic violence. In the past year, we have seen high profile incidents that have shown a light on what happens far too frequently.” While Glenn acknowledges the media’s coverage of domestic violence helps continue the conversation, she doesn’t believe there has been enough tangible action.

“Do something. Don’t be a bystander, change laws to further support victims and hold batterers accountable, teach our children about violence against women and what it means to have healthy relationships, and remind others that domestic violence impacts every thread of our society.”